Hall of Fame for Extraordinary Achievement 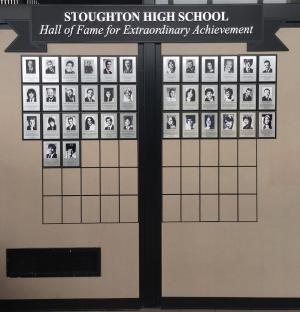 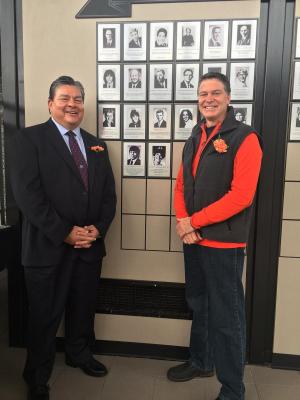 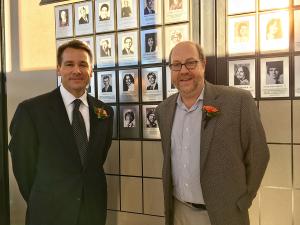 Dr. Paula J. Olsiewski, class of 1971, was inducted into the Stoughton High Hall of Fame for Extraordinary Achievement in a ceremony held October 17, 2014 in the SHS auditorium.

Superintendent of Schools Dr. Marguerite Rizzi's chat with Dr. Paula J. Olsiewski after the induction ceremony for the SHS Hall of Fame for Extraordinary Achievement. Dr. Olsiewski on October 17, 2014.

Class of 1973 - Peter Green, A Navel Officer, Engineer, Test Pilot, and leader in the Defense Services Industry. A Career of making a difference in National Security

Class of 1980 - Lynda Tyer-Viola, Ph.D., A Nurse with a passion for caring for vulnerable others. A researcher and care provider, globally promoting the health and well being of women and children

Class of 1982 - Robert F. Rivers, President of oldest and largest mutual bank in the United States who began his career as a teller. Community leader and passionate advocate for social justice and sustainability

Class of 1978 - Steven J. W. Heeley, Esq., Dedicated Advocate Protecting the Rights of Native Americans in the Congress and Promoting Economic Development in Impoverished Native Communities. A Member of the Walpole Island First Nation of Canada