Stuck at your work desk? Standing up and walking around for five minutes every hour during the workday could lift your mood, combat lethargy without reducing focus and attention, and even dull hunger pangs.

According to a recent study, it was found that frequent, brief walking breaks were more effective at improving well-being than a single, longer walk. It was found that study participants who rose most often reported greater happiness, less fatigue and considerably less craving for food than on either of the other days. Their feelings of vigor also tended to increase throughout the day, while they often had plateaued by early afternoon after walking only once in the morning. 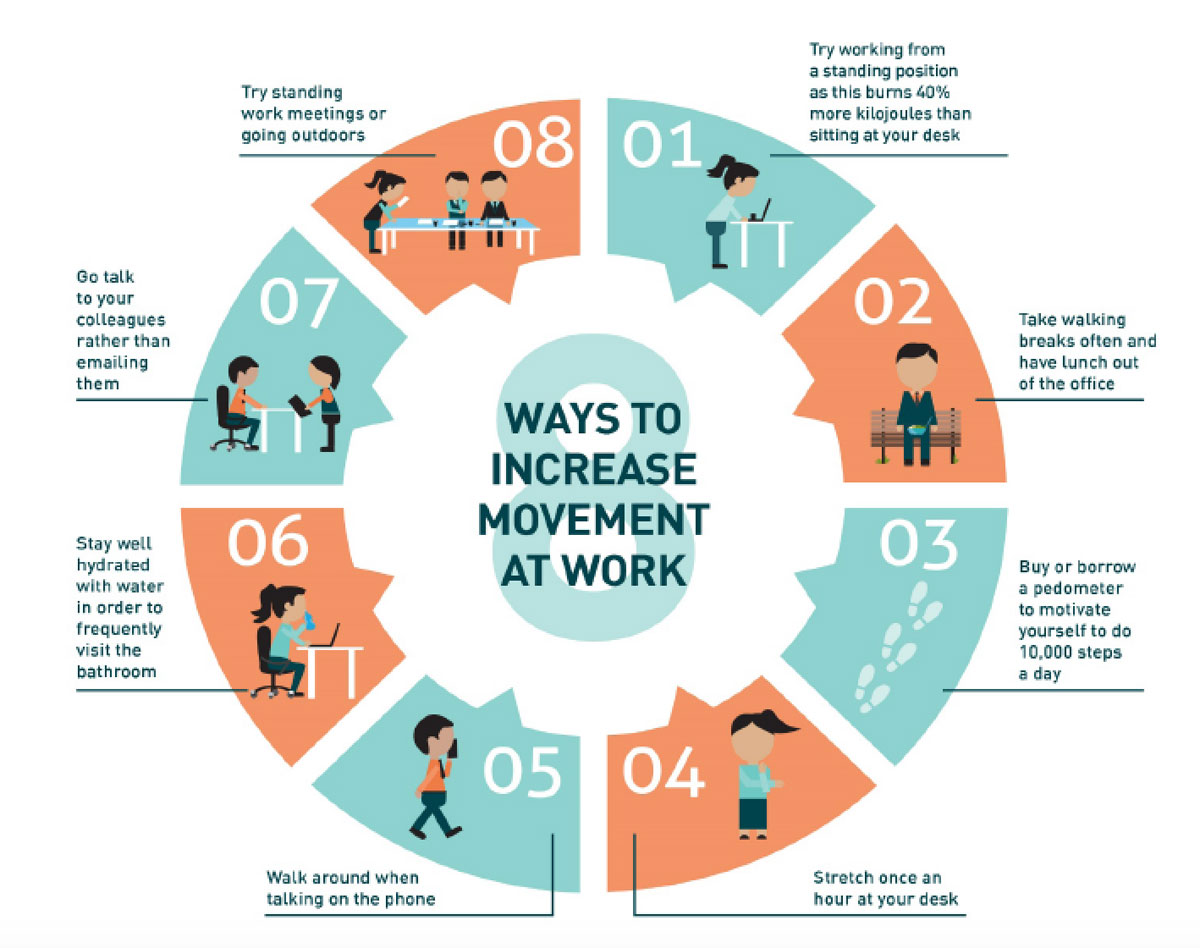 If you are able to dedicate more time to activity, a general goal is to aim for at least 30 minutes of physical activity a day. Keeping a record of how many steps you take, the distance you walk and how long it takes can help you see where you started from and serve as a source of inspiration (https://www.mayoclinic.org/healthy-lifestyle/fitness/in-depth/walking/ar...).

To help you keep track of your distance walked, several walking maps of common Stoughton areas were created by the Stoughton GIS department and are attached. These maps clearly define the route and measured distance.